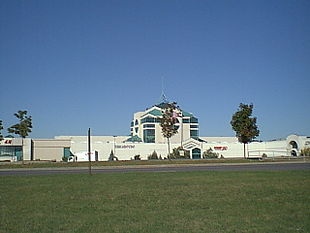 On Saturday, June 25, a lady goes into Lord n Taylor Department Store to make a purchase. She had done business many a time with this one particular salesperson who, when asked to keep something on hold for the woman, would return the merchandise to her often damaged. Of course the woman wouldn’t purchase the merchandise, but found it odd that it was put on hold undamaged. Well, this specific day would prove the salesperson’s true brawn. The woman knew the price of the item she wanted; however, she wanted to confirm the price of the item with the salesperson. No such luck! It seems the salesperson chose to create her own price for the item by overriding the register. Not wanting to make a scene, the woman still purchased the desired item at the escalated price of $59.99 instead of the barcoded price of $49.99 (with the use of a 40 plus 20 discount). When she got home, the woman confirmed the price of the item with a different store agent. Although the person on the phone gave her a credit to her account, just what right did the store salesperson have to override the barcoded price? Did she do it out of spite? In remembrance, the salesperson even said to the woman when she told her she would speak with the store manager later, “I really don’t care what you do!”. Such hostility! And this is how such a prominent establishment as Lord n Taylor allows its patrons to be treated? Shame on them! The woman who chose not to cause a scene at the time she was basically demoralized by this vicious salesperson should be compensated much more than just a legitimate credit to her credit account. Just where is the fairness?
I think that salesperson at Lord n Taylor wanted and still wants to be fired only because she herself is so miserable with her person.
Maybe causing a scene isn’t that bad after-all. Why should you have to sleep on the fact that some store representative hates your guts and finds every way imaginable to let you know it? Why should anyone frequent a store like this?